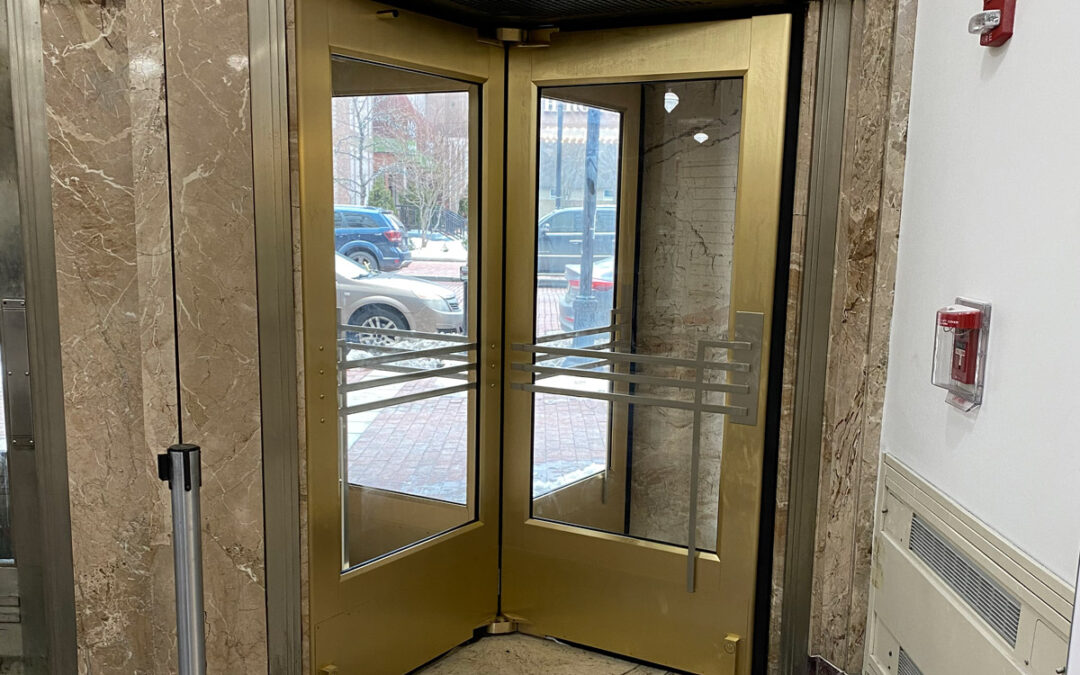 We’ve been working in Indiana for over 15 years. So, when we think of the historic William H. Block Department Store, it’s not just a part of our community. As locals, it’s also a part of our identity. The iconic downtown Indy building opened in 1911 and was designed as an elegant place to shop. But with its tea rooms, orchestras, and live demonstrations, it quickly grew into something much, much more. “Block’s,” as it was often called, turned into a lively place to gather. In fact, it went on to become such an institution that it eventually earned the nickname “The Pride of Hoosierdom.”

When we got a call about rehabbing their doors—now the entrance to T.J. Maxx’s downtown location, we recognized this as a huge honor. But we also knew it was a huge responsibility.

We started out by assessing the current state of their doors. The wood, unfortunately, had started to rot, and the doors were no longer operable. But replacing those doors was easier said than done; this project came with a few unique challenges. First, we couldn’t go through our usual demolition process, because certain parts of the building needed to be preserved. Next, we found that we couldn’t access the doors from certain angles because of a complicated system of ducts. And lastly, the original door was installed during the 1930s. So, while we’d usually take a state-of-the-art approach, we found ourselves interacting with parts from almost 100 years ago. This project was going to be a tricky one, to say the least. 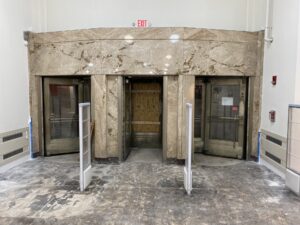 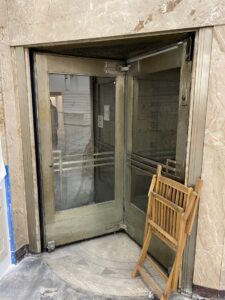 We eventually found the answer in one of our long-standing relationships. We learned the original door manufacturer from the 1930s was still in business. So, we got our hands on their drawings, tools, and a few of the parts. Other parts had to be special ordered. There were even a few we had to recreate from scratch.

But this project wasn’t just about the parts and the blueprints. It was also about the strategy. You’ve probably heard that jazz is all about the notes you don’t play. Well, historic remodels are all about the parts you don’t replace. So, to honor as much of the existing structure as possible, we needed to identify everything we could keep and then leave those elements alone. And with that squared away, it was time to get to work. 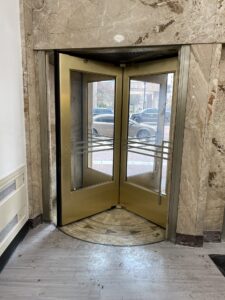 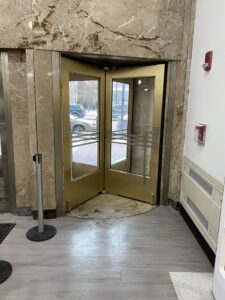 We decided to preserve the original shell, drum, and even part of the frame. From there, we replaced the wings of the door, a few of the mechanical elements, and everything else you see in the pictures below. Our hope was to respect the building’s past, while making it usable for the present and preserving it for the future. And we’re proud to say that our client thinks that mission was absolutely accomplished.

We’re definitely proud of how this project turned out. But we also think it’s indicative of our mindset. Whether it’s automated doors or controlled access, our projects are never about our goals. They’re always about yours. Reach out today, whether you’re looking to upgrade to new doors or rehab something classic.